I’m really interested in Sourcery, so I installed it in my one of repositories. In my case, I generated AutoEquatable and AutoHashable at first because I felt these implementations contain really a lot of boilerplate codes.

Here is an actual PR in EsaKit.

If I confirm to AutoEquatable or AutoHashable or both, Sourcery creates a needed function automatically like this.

If I add a new property or a new API, it prevents a human error! Though it looks trivial, Sourcery uses a safe Hashable as I mentioned in Safe Hashable in Swift. Isn’t it cool?

I created a simple script for Sourcery, and then I run Sourcery command in this script. I had a Sourcery.swift file to define Auto*** commands like this. 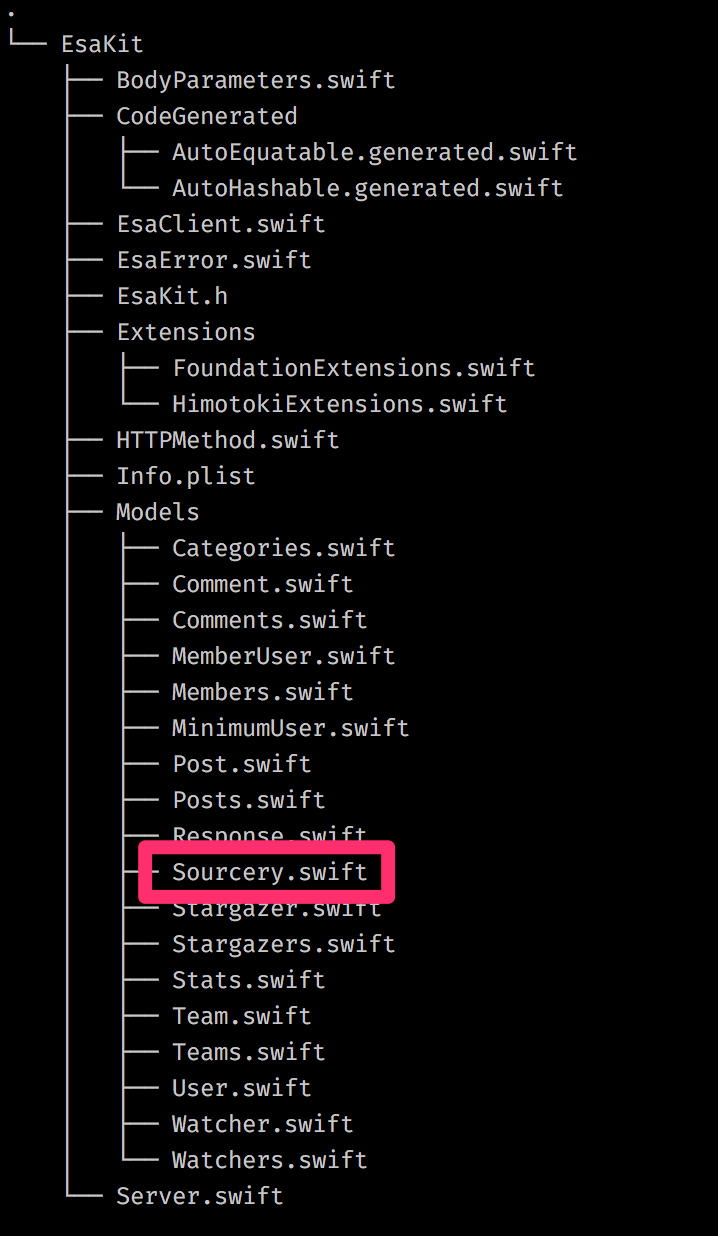 However, I totally recommend it. Sourcery saved a lot of repetitive works:)